In an ever-changing world, the drinks industry must keep up with the latest trends and movements, be it the development of canned drinks, the Kombucha craze or the rise in vegan cocktails and drinks.

The Vegan Society reports that Britain has shown a seismic shift towards veganism, with the vegan population quadrupling between 2014 and 2018 – that means 1.16% of the population have taken the leap!

So Why is Veganism on the Up?

The cruel treatment of animals during farming, the negative environmental impact of animal agriculture and the supposed health benefits of vegan diets are some of the main reasons for an increase in veganism.

Despite being serious about animal rights and the reduction of greenhouse gas emissions, vegans love to kick back and relax as much as the next person, and we all know there’s no way better to do so than with a cocktail in hand.

As the vegan population grows, the importance of catering to them is at an all-time high, so we’ve gathered our favourite vegan cocktails and drinks, and some of the UK’s most inspirational vegan (and vegan-friendly) establishments.

But first, we’re going to look into drinks that are surprisingly not vegan…

It may shock you to hear that many popular alcoholic drinks aren’t vegan, as lots have animal products (like dairy or honey) in their ingredients, whilst others rely on non-vegan filtration processes.

Many beers, including Fosters, Carling and Kronenbourg, are filtered using isinglass, a membrane that comes from the bladders of tropical fish. This protein is used to give the beer an aesthetically pleasing, clear texture that we beer-drinkers love. 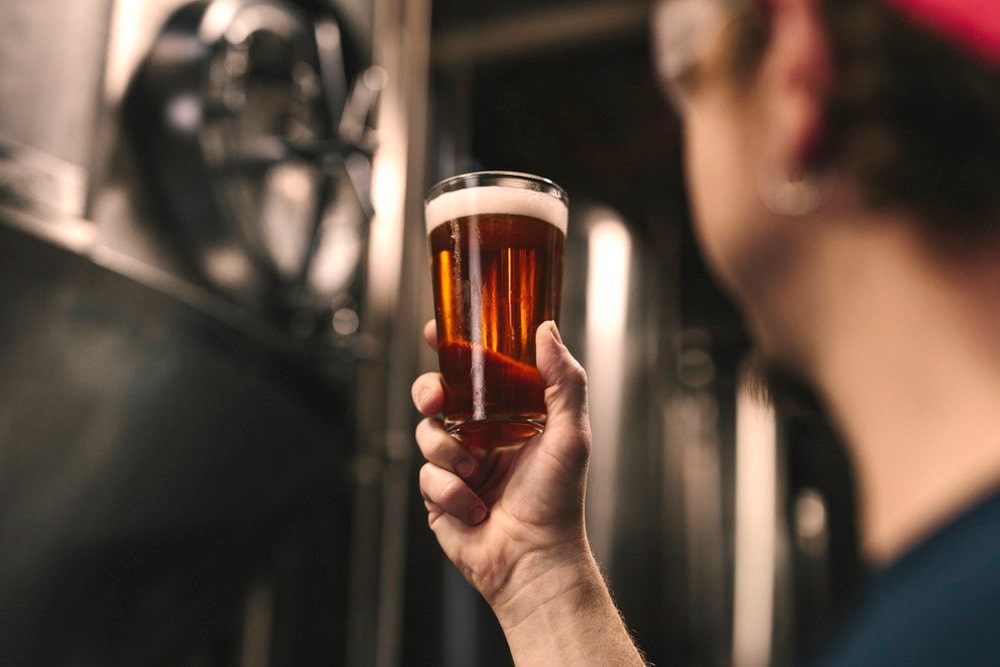 Other traditional and non-vegan beer filtration products include gelatin (a protein found in animal skin, ligaments, tendons, hooves and bones), glycerin (which can be made from plant oil or from animal fats and many beer ingredients labels will not specify which type) and casein (a milk ingredient).

The wine filtration process is also traditionally not vegan as it often includes casein, egg whites, gelatin or isinglass. Brands like Barefoot use traditional methods when fining their wine. These include gelatin, proteins from fish or animal products and milk or eggs.

Spirits, unlike beer and wine, are made through distillation. This process doesn’t involve any animal products, so most unflavored spirits are vegan.

However, some brand combine spirits with other ingredients like honey, cream or milk to create different flavours. Honey flavoured rums and whiskies and creamy liqueurs are the main ones to watch out for.

Another thing to watch out for is carmine, a red dye made from scaly insects, which is added to some spirits for colour. While Campari doesn’t use carmine to achieve its signature colour, alternatives to it might.

Coffee and dessert cocktails, like White Russians or Mudslides, often contain dairy either as cream, milk or ice-cream.

The frothy top of a cocktail is often due to egg whites. The protein traps air in the drink without adding extra flavour. Sours often use egg whites to tone down sharpness and add texture.

Some orange juices like Tropicana Pure Premium Healthy Heart contain fish oil and fish gelatin, so think twice before ordering that for the cosmos.

Read more: So When Did They Start Putting Juice in Cocktails Anyway?

Beware of the bubbles – some fizzy drinks use ester gum, also known as ‘glycerol ester of wood rosin’, which is often a derivative of animal fats, and some colas use insect-derived dyes.

Use Barnivore to check if the drinks you most commonly use are vegan-friendly.

Thankfully, there are other animal-friendly filtration alternatives, so vegan beer and wine isn’t too hard to come by. 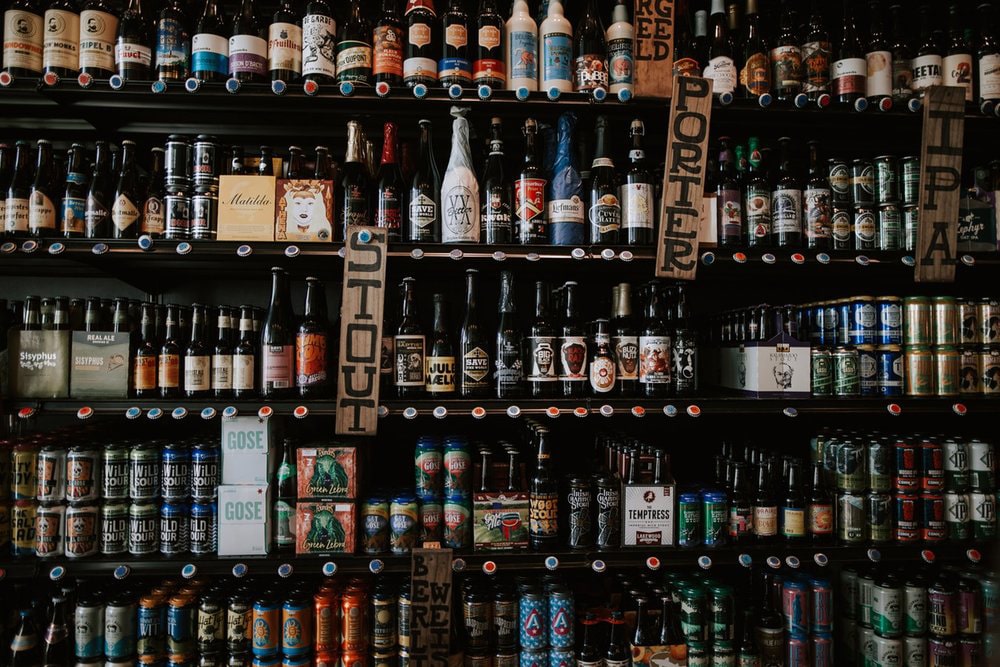 If you’re a frequent-drinker of any of the following, you’ve been drinking vegan already: 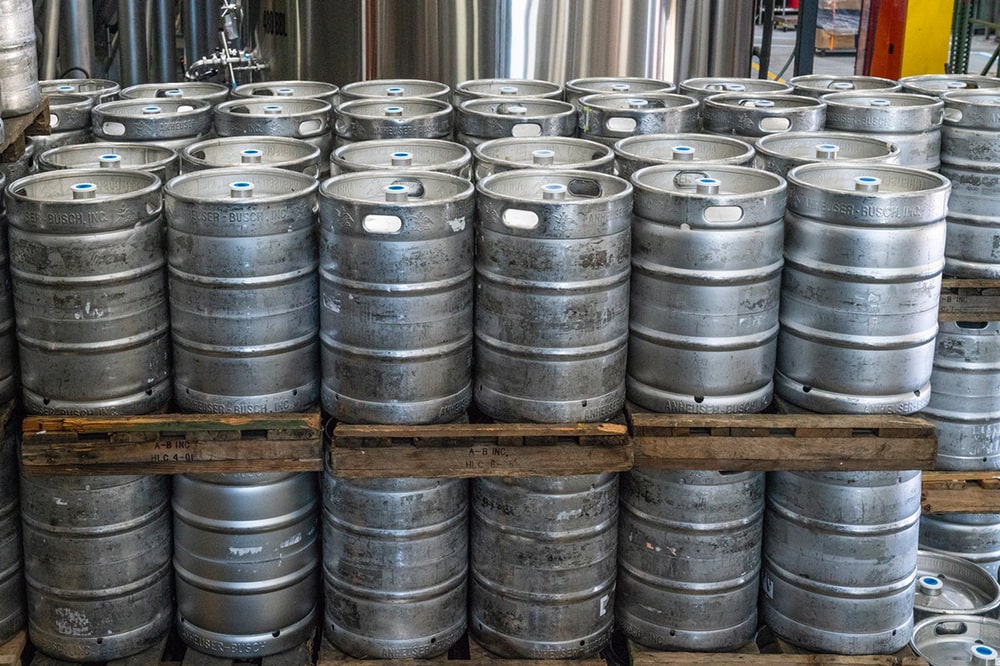 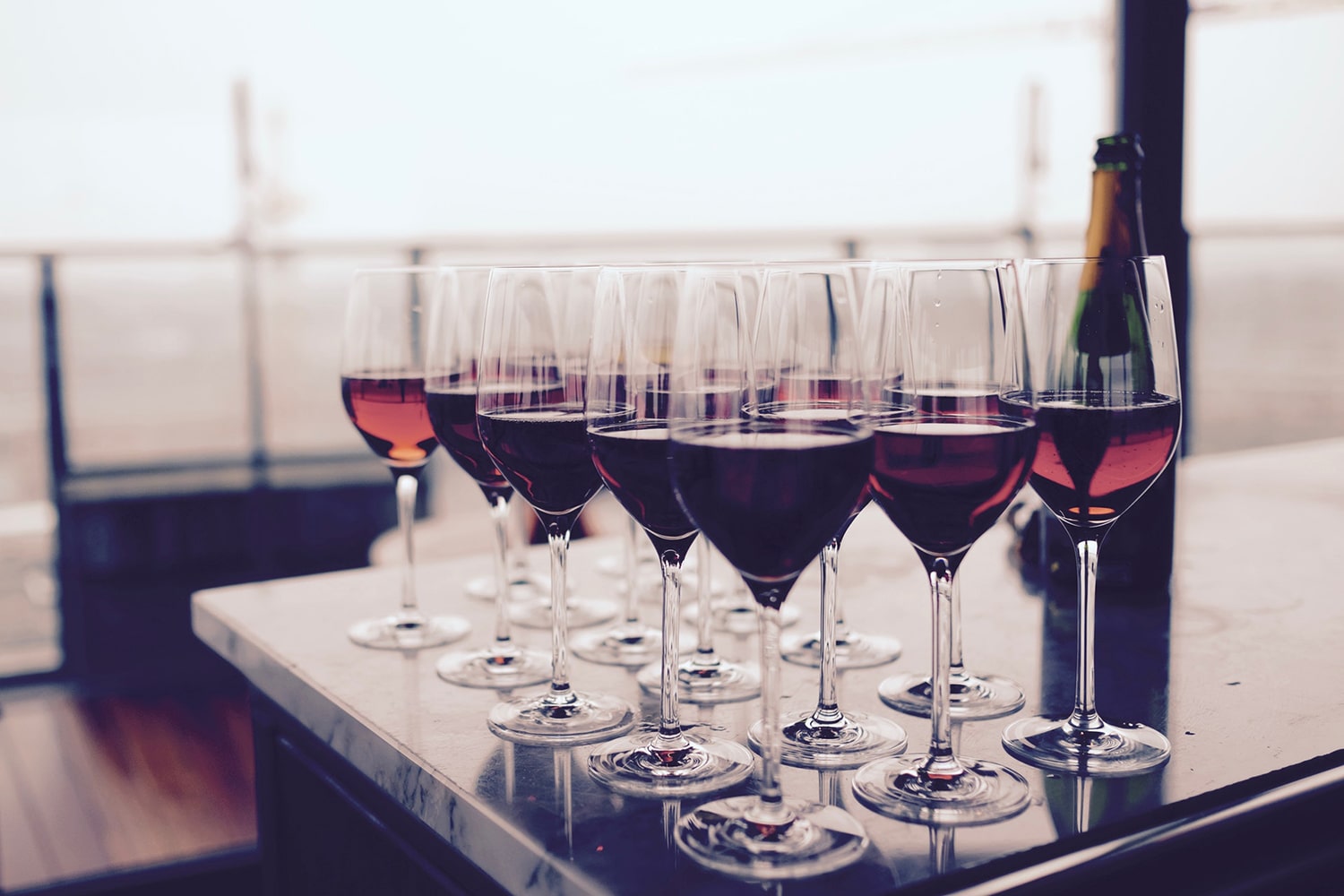 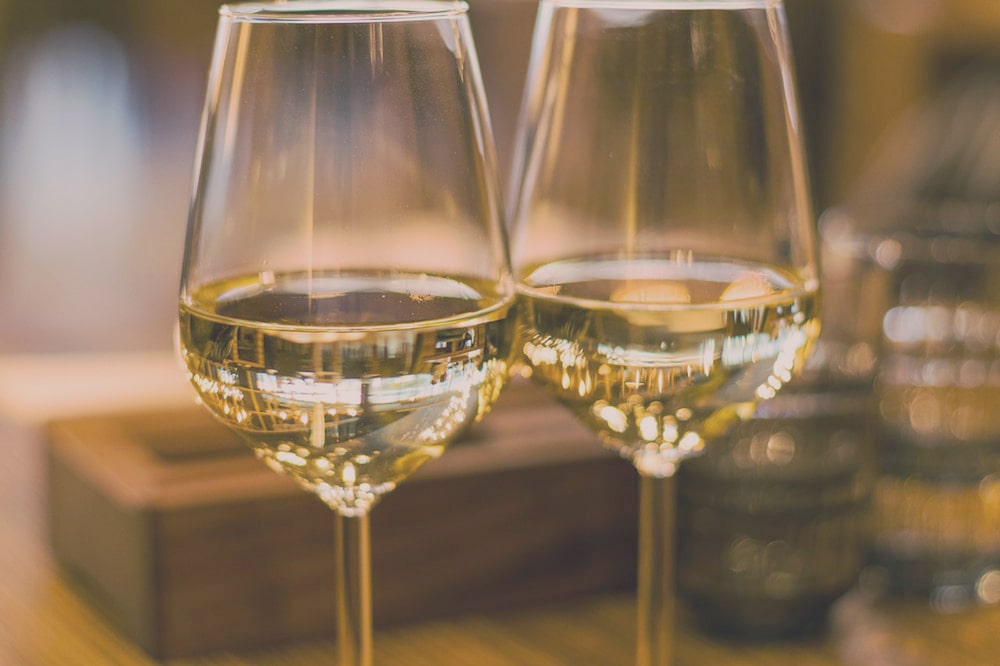 Our top choices for vegan white wines are Meinklang Grüner Veltliner Burgenland, Austria 2016, for its distinct savoury flavours of herb, celery salt and white pepper, and Grüner Veltliner 2016 Ebner-Ebenauer, from the small Austrian vineyard that is run by a husband and wife duo. 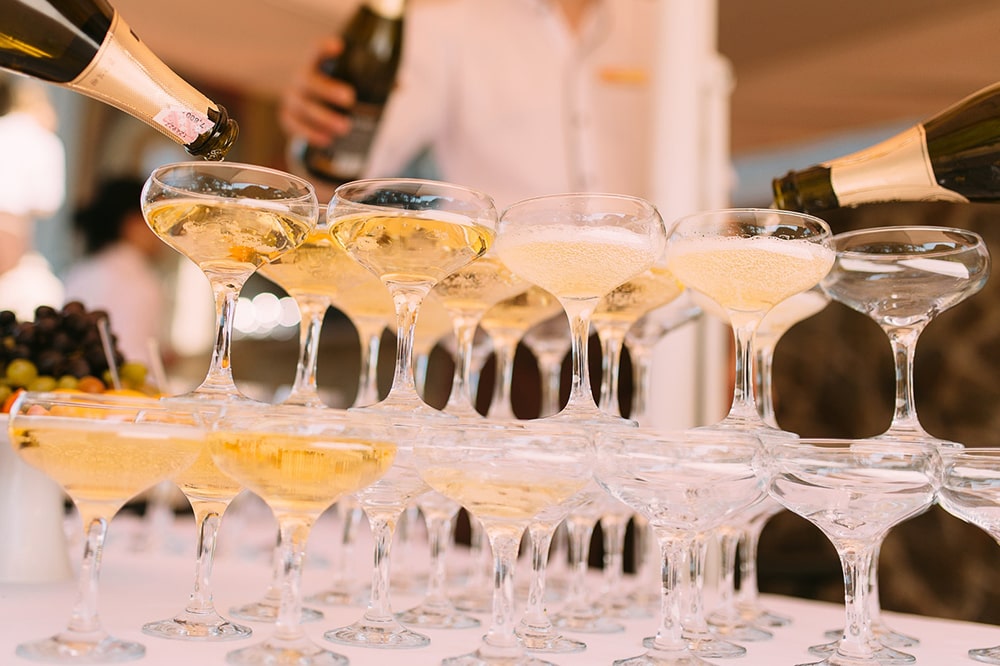 Top brands, such as Piper-Heidsieck, Moet & Chandon and Champagne Thienot are 100% vegan-friendly, but if you’re after something with a smaller price tag, these are our favourite vegan options:

Graham Beck The Rhona Rose for its intense berry flavours, Belletti Prosecco, a great value, dry fizz and Skinny Prosecco, as it contains fewer calories and sugar than your average bottle.

Check out our millennial’s guide to sparkling wine for everything you need to know about fizz.

For a vegan twist on our sloe gin fizz, swap the egg white for Miraculous Foamer or aquafaba (the liquid leftover from cooked chickpeas) to achieve the same foamy texture.

Find the original recipe, alongside many gin cocktails here.

The ingredient that makes a normal Bloody Mary non-vegan is the Worcester sauce, which contains fish. You might not be able to find a vegan version in the supermarket but there are tons of recipes for vegan Worcester sauce online.

All Big Lebowski fans will love this vegan White Russian. Substituting the cream for almond milk and soy cream, make the drink using:

Read our guide on how to make cocktails at home and get shaking!

Sangria is a cocktail that’s very easy to customise to personal taste. Try different combinations of wine and fruit until you find the perfect one for you.

Mix the Wine, Cointreau, Schnapps, sugar, lime, orange and cinnamon in a bowl, then chill the mixture. To serve, combine the chilled mixture with ice and soda water in a jug.

This one is a pretty safe bet for vegans (unless honey-flavoured Bourbon has been used) but we’ve included it because it’s a Cocktail Service Favourite. In fact, it topped our list of the top cocktails of 2020.

Put the sugar and bitters in a small tumbler and muddle them together. Introduce the Bourban and ice and stir. Strain into a rocks glass and garnish with orange peel.

Our Favourite Vegan (and Vegan-Friendly) Establishments 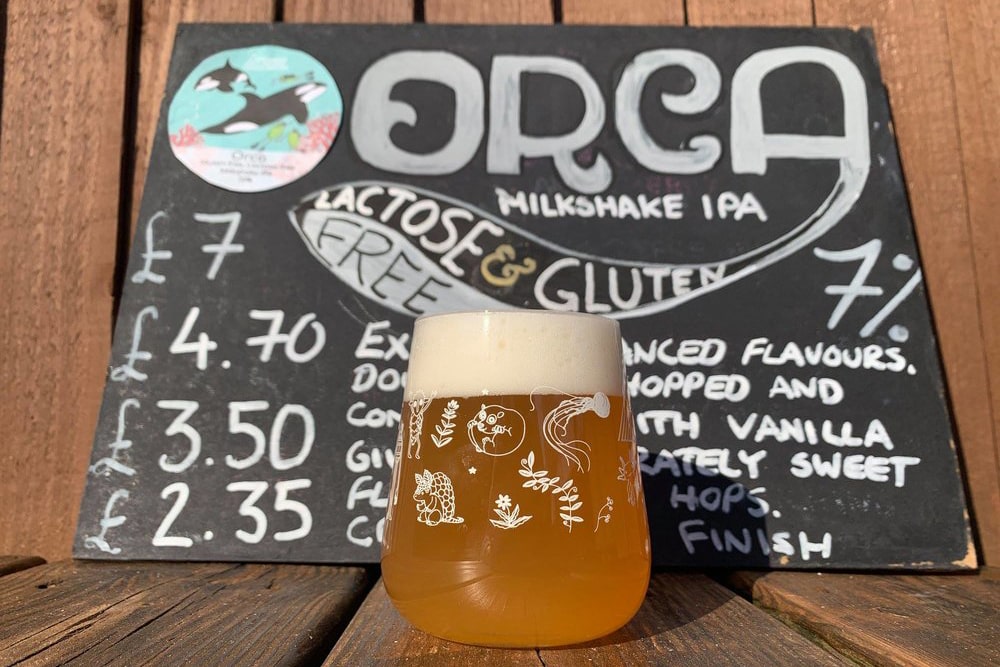 The Chorlton Tap serves beer from the owner’s son’s brewery – Wander Beyond. The Wander Beyond team not only avoid traditional filtration methods in favour of vegan ones but also experiment with lactose- and gluten-free milkshake IPAs like Ocra. 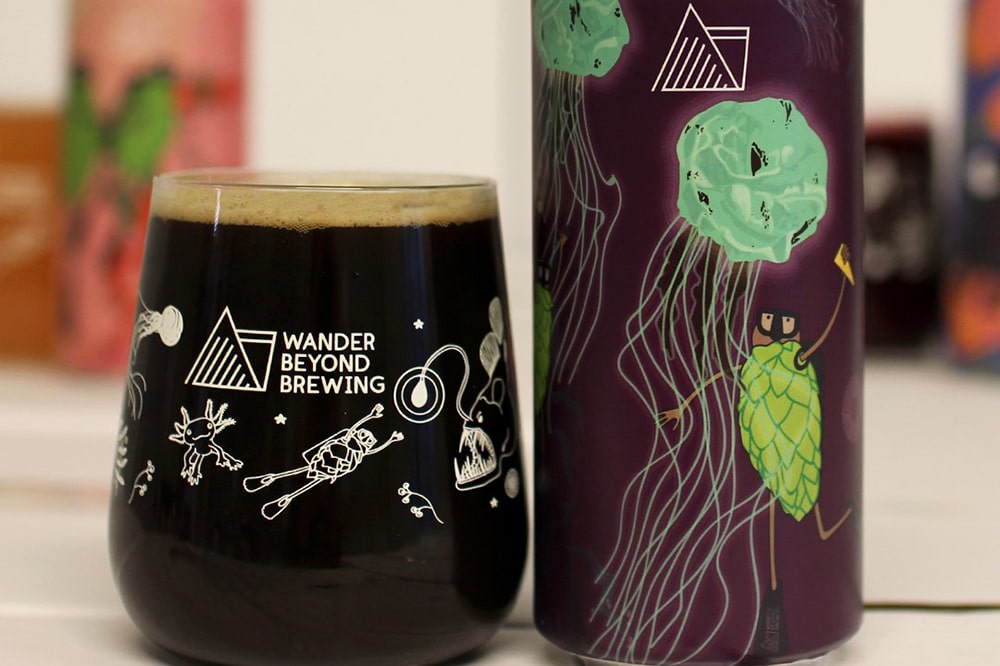 Promising the same full body and creamy texture that other Wander Beyond Milkshake IPAs have, this vegan beer is worth a try. Lactose-intolerant folks will enjoy this one too! 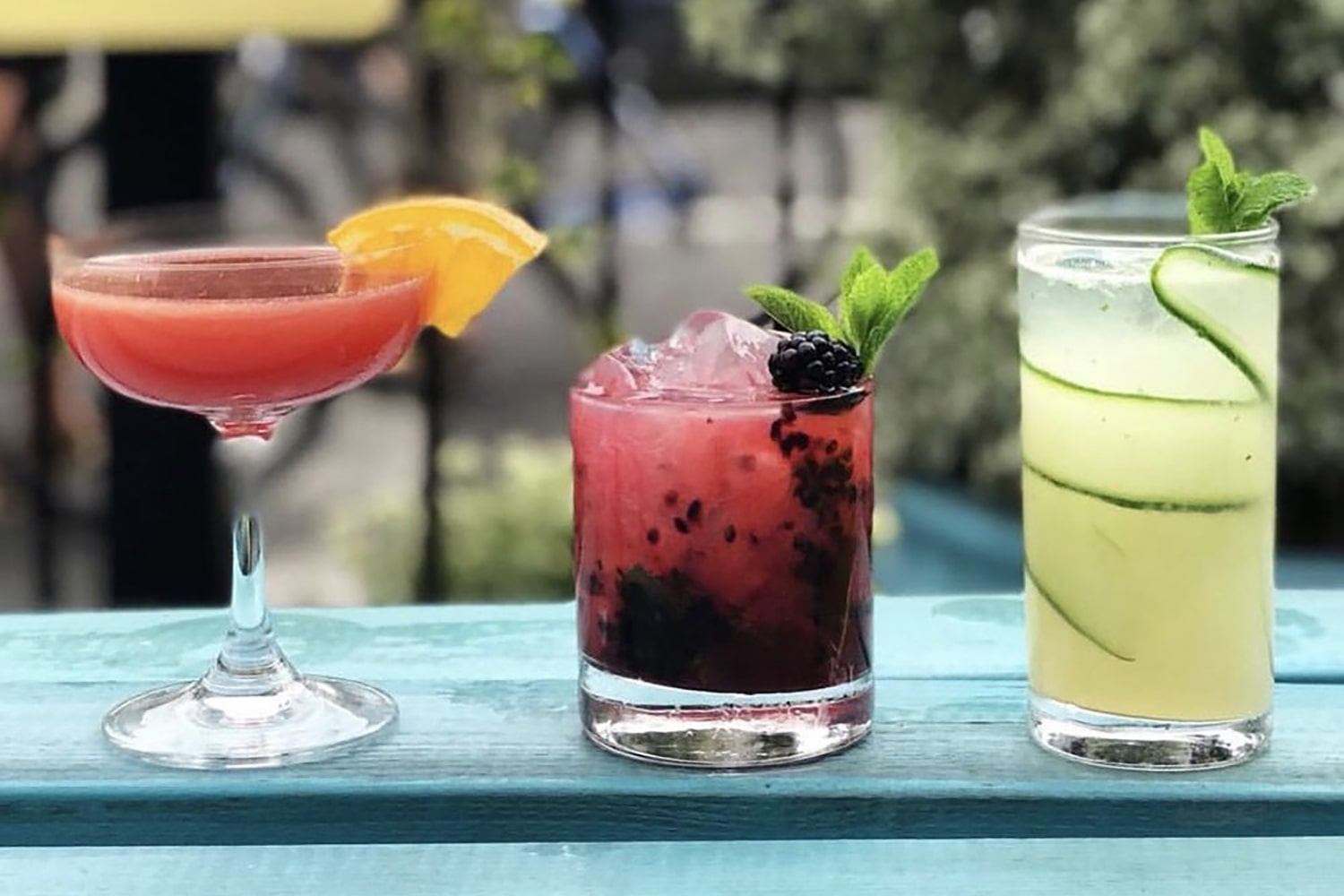 Neil, Koocha’s Bar Manager told The Cocktail Service that he created the menu when Business Owner Noda came to him with a vision of Persian and Iranian flavours, including pomegranate, cucumber, saffron, rose water and plenty of floral and light flavours.

The result? A gin-heavy vegan cocktail menu that includes classics with a twist, like White Ladies which swaps egg white for aquafaba (of which the bar has plenty of due to their popular hummus).

Bristol is full of forward-thinking breweries creating delicious vegan beer, including Lost and Grounded, Arbor, Moor, Wiper and True, meaning this vegan mezze bar has no troubles when it comes to stocking local vegan beer. 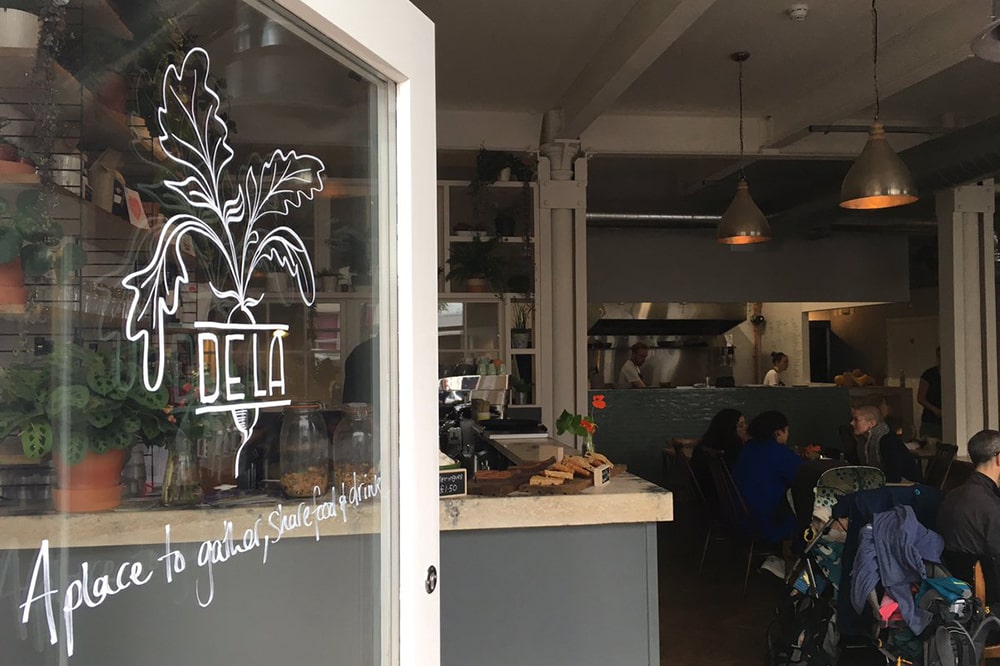 Dela Bristol is a Scandi-inspired restaurant situated in the UK’s vegan capital, Bristol.

Not only does Dela have an extensive vegan wine menu, but the duo behind the brand also champion biodynamic wine, which takes organic produce to a whole new level. According to the Biodynamic Farming and Gardening Association, the official definition of biodynamic agriculture is “a spiritual-ethical-ecological approach to agriculture, gardens, food production and nutrition.”

Essentially, this type of farming is completely natural and self-sustaining, so we have no doubt it will be popular with vegans! 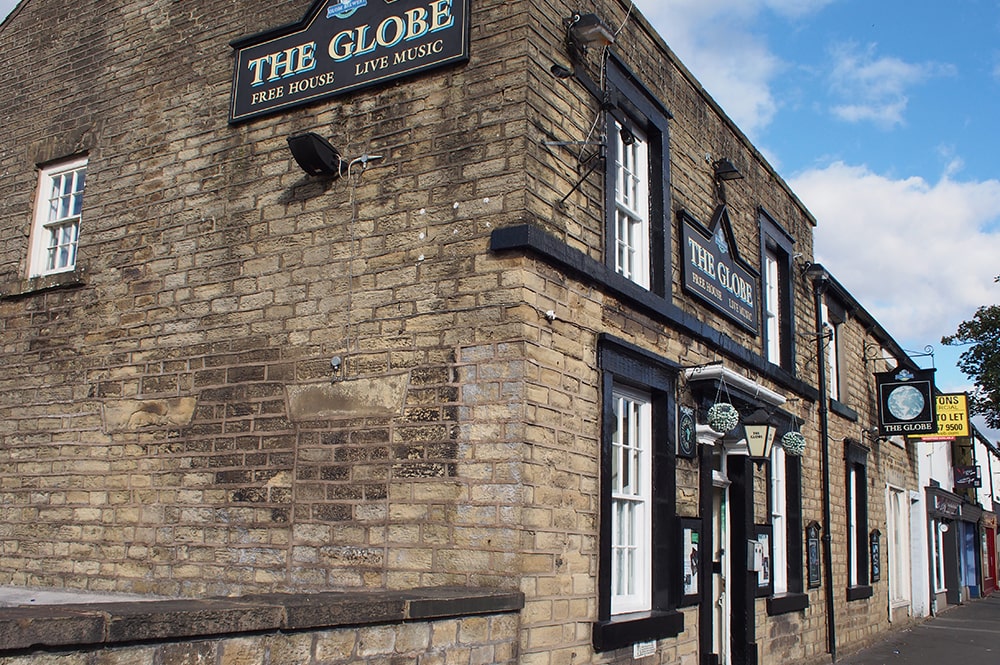 The Globe is a popular vegan pub nestled within the northern Derbyshire town of Glossop. 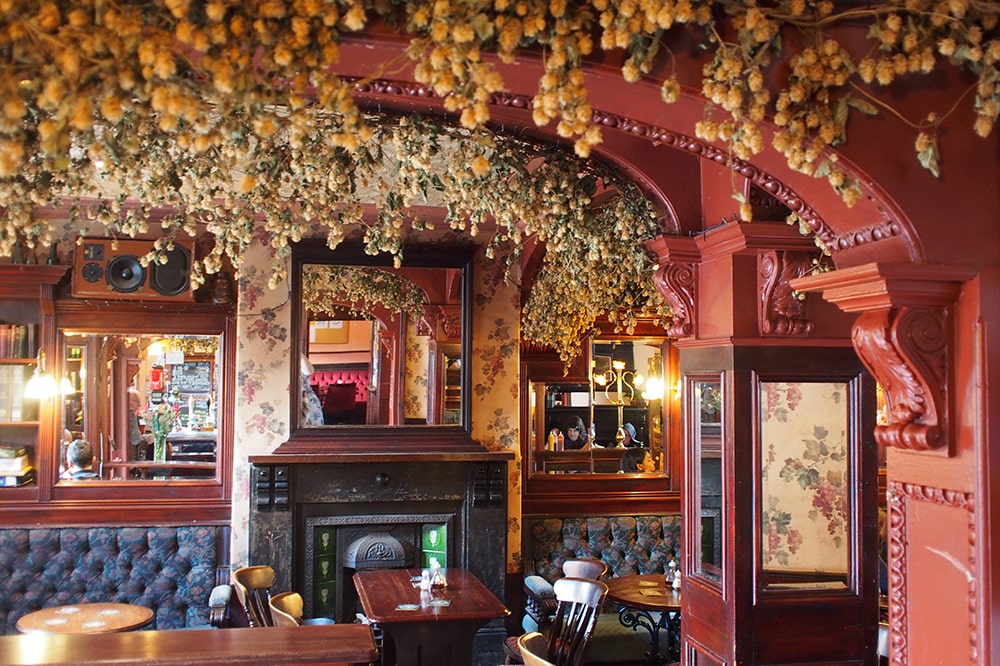 Situated on the edge of the Peak District, The Globe is popular with vegan and non-vegan locals, so if you’re in the area, pop in and try their most popular vegan wine – Three Mills Reserve. Beer-lovers can opt for the vegan ale from the local Little Valley Brewery. 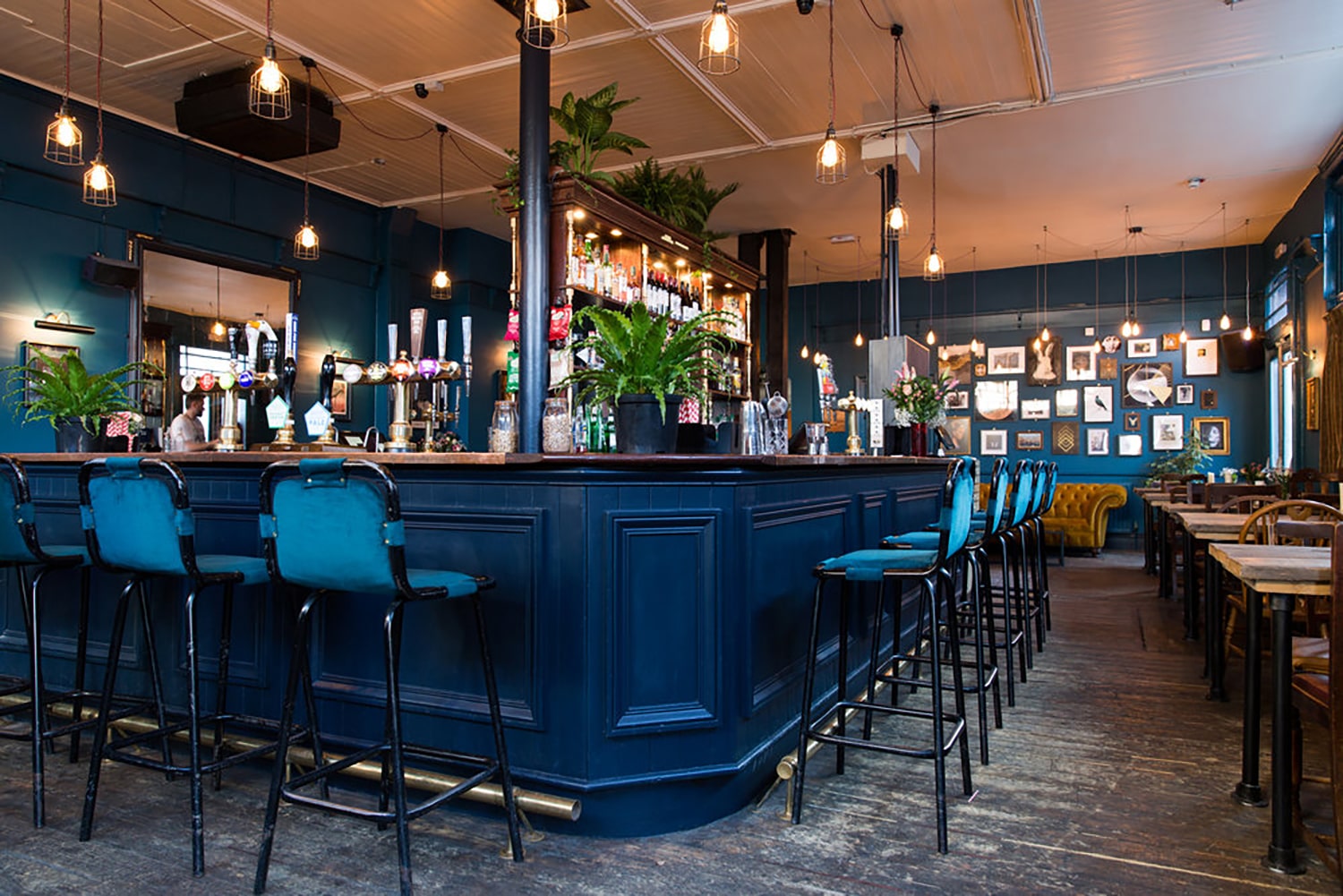 The Spread Eagle is the capital’s first 100% vegan pub. Not only are drinks and food entirely vegan but the fittings and fixtures are plant-based and sustainably-sourced where possible.

Located in the east London suburb of Homerton, The Spread Eagle’s Cate told the Cocktail Service that “the vision was to create a 100% vegan pub with the same feel of an East End boozer.

“They wanted to transform a traditional space into something that was wholly vegan but without all the vegan hallmarks, so that it wasn’t a closed-off community or intimidating to meat-eaters.” 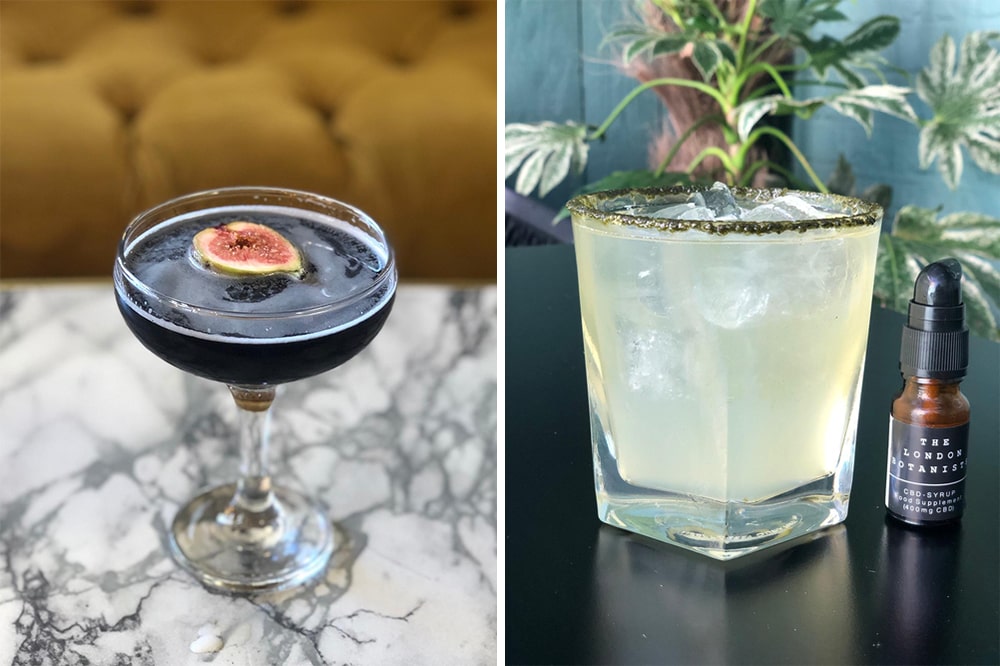 Embarking on a mission to prove that veganism was way more than chia seeds and chickpeas, The Spread Eagle is now a hotspot for East Enders of all diet preferences. 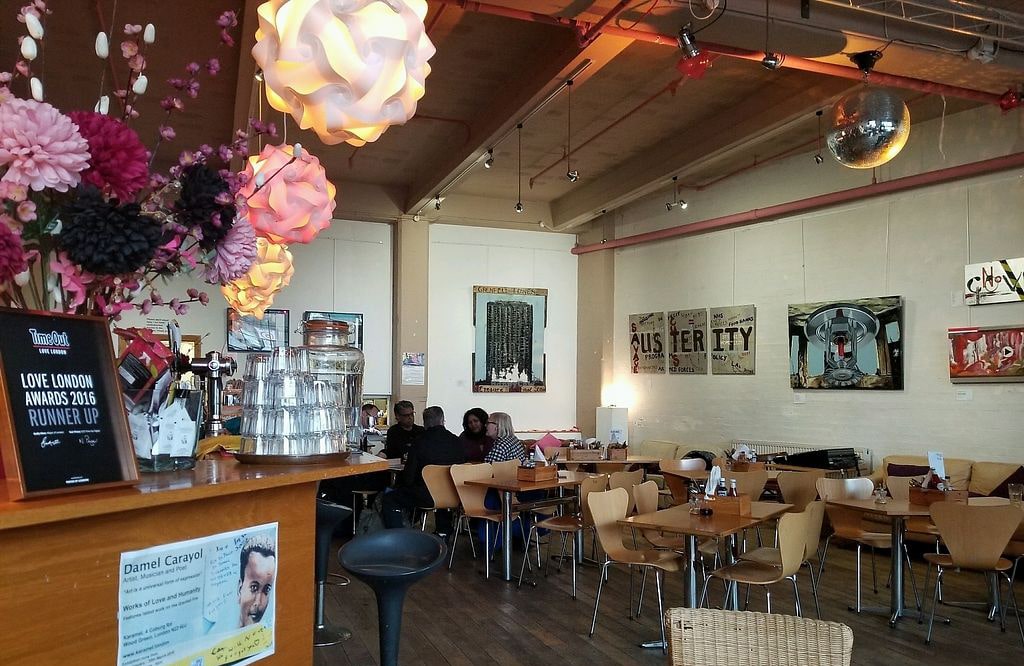 Karamel is a bar, club, restaurant and music venue situated in north London’s Wood Green. The wholly vegan venue has received its seal of approval from one of London’s largest vegan meetup groups, London Vegan Drinks, who congregate at the venue each month.

Looking to make your drinks more environmentally-friendly? Check out our complete guide to sustainable cocktails.