August 2, 2018 by Tom Bronock
The Cocktail Hub Articles You Have To Try These Essential British Beers for International Beer Day 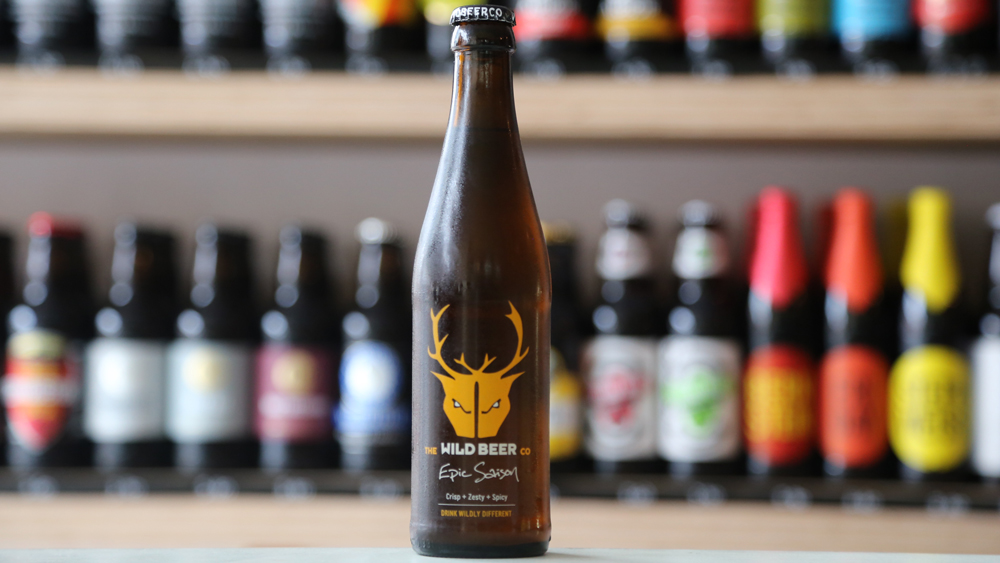 Do you want to know the best British beers you’ve probably never tried? With International Beer Day looming on Friday August 3rd, we thought we would share some of the best beers in the UK.

So, fortunately for all, Britain has had something of a renaissance when it comes to beer. We have, slowly but surely, realised that there is more to life than a pint of best bitter… The UK now has a burgeoning craft beer scene to add to our supreme real ale brewing skills. Here is a selection of our favourites:

The Wild Beer Co. is based in the rural idyll of Somerset, where you have more tractors than cars. As is entirely on brand for these guys, they currently brew their beer in a dairy, awesome.

Now onto the beer, the guys at WBC are pioneering brewers; all WBC creations are well worth checking out. A big favourite of ours is Bibble (the name is Somerset slang for ‘drinking regularly’), which is an unrefined, slightly hazy number, brewed with Vienna Malt and Oats and then hopped with Mosaic Hops. Mosaic Hops are known for a tropical fruitiness, so we liken this beer to a slightly tropical pale ale. It’s supremely drinkable.

Check out  The Wild Beer Co.

Prospect is an archetypal British session ale and is Shotover’s favourite beer. Based in Oxfordshire, the Shotover Brewery are also based in farm country and their brew-house is in a disused stable.

Don’t be fooled though, these guys pump out a serious volume of their incredible beverages. Prospect is brewed with plenty of malted barley and a combination of English and new world hops giving it a lovely pale copper colour.

We had  the pleasure of working with Brick through our sister company, Bar Nation, at Gala Festival in London earlier this year. They are a super cool, Peckham based brewery and their beer is nothing short of epic.

There is too much to like about Tap Social Movement. The beer is great. They have only been around for a few years. They are legends. Most importantly though, they work with ex-offenders to help them learn new skills and reintegrate into society by offering jobs and internships at their Oxford Brewery.

So to the beer… well, Bleeding Heart Numbskulls is unique. A range of sour beers, these are very popular in Europe, the profile changes with the seasons – keeping the beer unique and interesting. The beers vary in profile and colour from batch to batch, but a distinctive sour flavour runs through all of them. A must try!

An old classic on the British craft beer scene is Beavertown’s Neck Oil. Beavertown have been doing the rounds since 2011, and they have built a cult following across their heartland in London, and beyond.

Neck Oil is a super easy-drinking Session IPA that uses masses of hop additions during the whirlpool. In addition, a huge dose of dry hops make this a brilliantly ‘easy’ IPA. It’s a great beer and one that is permanently stocked in the office fridge.

Hailing from Leeds, the Northern Monk Brew Co. are crafting some seriously great beers. Established in 2014, they have since gathered momentum and developed a great range of bevvies.

Top of our list is the Northern Star, which is a Mocha Porter. The Northern Star Mocha Porter combines coffee and dark malt flavours to a whole new level. Brewed in collaboration with Leeds’ coffee roasters North Star, they blend their speciality ground coffee beans into the brew. They also add in dark chocolate for a rounded richness. Delightful.

Legitimate Worldwide | All of their beers (we hope)

So, this is brand spanking new… and we have a confession, we haven’t actually tried their beers, but what we do know is they are utterly hilarious.

I think we will let their promo video do the talking:  Legitimate Industries Worldwide.

So, there we have it. A few of our favourites, just in time for International Beer Day.