We recently travelled to the Brecon Beacons to give the team an opportunity to visit Penderyn Whisky’s state-of-the-art distillery in the village of Penderyn, Wales, and what an amazing place it is! The grandeur is assisted in no small part by the stunning landscape that the distillery sits within, but also the contrast between a brand spanking new distillery and the age old scenery.

Penderyn Whisky (formally known as the Welsh Whisky Company) is totally unique to Wales as it’s the only commercially available whisky from the country and is the first available since the 19th Century. Whisky has been distilled in Wales since the middle ages but it began to die out at the end of the 19th Century as a consequence of the Temperance Movement, a social ideology that swept the world urging for a reduction in excessive alcohol consumption. The Welsh Whisky Company formed in 2000, over a century later and I’m glad it did.

The distillery itself, I’d imagined, would be like any other distillery, trying to tell the brand story from the moment you walk through the doors. Now, this is something that I have come to hate, as it is in my opinion a lazy marketing strategy (if you can call it a strategy?) and it is a feature of every beverage producer in the land. However, Penderyn do things a little differently. Obviously the brand is introduced, but it is not in the form of a half an hour walk through corridors of the distillery reading about the whisky from placards on the walls. We were treated to an education in the product, in the form of a Masterclass by Gillian Howell, the Distiller. Now we did not book this but being whisky enthusiasts they did a masterclass for our group without a booking. Brilliant. Now this masterclass depends completely on the individuals and no previous experience in whisky is required. You are of course given the opportunity to taste the various brilliant expressions, which included, for our pretty chuffed group, a tasting of a limited edition that was about to be released that was absolutely amazing. Gillian talked about different types of whisky such as Bourbon, Irish and Rye and had no problem with suggesting other whiskys that might be enjoyed, refreshing in itself. 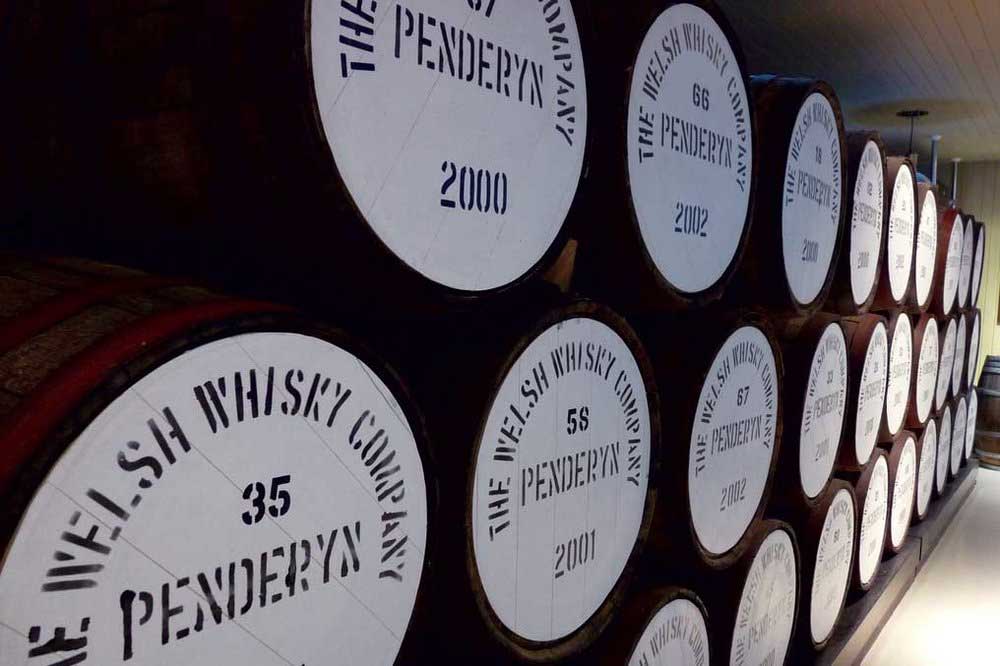 Needless to say we had an amazing time here and the group did buy a fortune’s worth of whisky, buoyed by our masterclass, but no matter as we had spent the afternoon in the company of Wales’ foremost whisky distiller – and we had all found a British drinks brand whose brand story was not a dull wander through an empty distillery, but an interactive introduction into why Penderyn Whisky really is so special.